India needs Innovation across the spectrum

Several Indians believe that we are good at “jugaad”[1], which can help in solving most if not all problems that India is facing in our path of development. Unfortunately, this is an erroneous presumption. Jugaad is certainly a useful trait to have to get ahead in India. However, it is highly individual dependent and neither replicable nor scalable, and therefore not enough to get India on the trajectory of becoming a developed nation. What India needs today in a large dose is the capability to innovate at scale for impact. Jugaad may be necessary for overcoming the niggles of everyday life, but for India to improve the quality of life for her citizens, we need to institutionalise innovation at all levels of society. 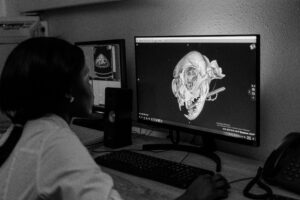 In today’s industrial and digital world, innovation is spearheaded by organisations and needs an entire ecosystem to succeed, rather than being an individual effort (as was largely the case during the Renaissance period and the Industrial Revolution). Organisations go beyond individual capabilities, as the former have processes, documentation, IPR, institutional memory etc. that enable and sustain innovation and value capture for the organisation. Unfortunately, India does not score high on the innovation quotient when compared internationally, as our organisations and institutions are not designed to encourage innovation. That is because we have not paid attention to building systemic capabilities in innovation.

Till 1947, we were governed by the British who did not allow any novelty or creativity to take root. After Independence, we adopted a socialist model with a closed economy and strong central control that did not foment strong competition within the country or encourage imports. There was little incentive for private capital to innovate as securing licenses and cornering markets was a more lucrative prospect. Whatever research and innovation happened was confined to government-owned labs, but they were bereft of market forces and essentially based on individual brilliance and motivation.

Post the economic liberalisation of 1991, even as the economy became more competitive, companies pursued growth on the strength of foreign technology (which was now easier to import) and/or lower cost of domestic labour. Some companies did innovate, but few did on the basis of technology or thought leadership. For the most part, innovation was confined to scaling a low-cost manpower base for exports or deploying smart business models to roll out imported technologies/products to tap the unsatisfied pent-up demand in India. This has paid dividends in some quarters and India has global scale businesses in a few industries, such as software services, pharmaceutical generics, television broadcasting, select automotive sectors, a few healthcare services (e.g. cardiac care), etc. However, the low-cost advantage is not sustainable as manifest by the phenomenon of countries like Vietnam and Bangladesh becoming more competitive in textile industry or Philippines being preferred to India in BPO operations.

The opportunity cost of India for not improving its innovation quotient is prohibitively high. India is a $2.5 trillion economy and has just entered the list of the global top ten nations. Over the past decade, when the global economy has been in recession, India has been one of the fastest growing large economies in the world. A simplistic extrapolation exercise indicates that if India maintains a real average annual growth rate of 7% per annum and controls its inflation rate to 5% (both look realistic), the economy trebles in size over the next decade. In PPP[2] terms, the Indian economy over the next ten years would grow to the present size of the US economy. This is a game-changing phenomenon, something which most investors, corporates, and governments around the world have started to take notice of. There are several factors that would help India’s cause, such as, a large middle class in Indian society with huge aspirations, a stable model of political democracy, a society with the rule of law, a burgeoning entrepreneurial class, a competitive wage rate and large work-force, etc. But, it is important to note that while the above advantages are for real, success is by no means an automatic outcome.

India has a small window (maybe a couple of decades) to get its act right and harness the demographic dividend it has been blessed with and the other favourable factors. However, there are some challenges that India needs to overcome. E.g. India’s young workforce is largely unskilled and only capable of low-value addition. It will take a substantial effort to educate and make the workforce as productive as their counterparts in the developed world. We enjoyed the advantage of being a low-cost economy a few years back, but we are losing this benefit quickly due to high wage rise rate. Second, the march of technology (AI, IoT, automation, ML, etc.) is hurting the job creation process in India, which is vital for addressing poverty and for equitable growth. Third, with 25% of our population living below the poverty line without the essential basics, delivering any kind of services to them such as healthcare, education, banking, energy etc. will need a considerable level of technology.

The above problems can only be solved by India improving its innovation capabilities by orders of magnitude because the old way of doing business cannot hold such a large and complex economy together. Good old jugaad will not help because it is not scalable, replicable nor sustainable.

To overcome these hurdles, India needs to build a culture of innovation at many levels – in policy making, in delivering products and services to all citizens, for providing adequate healthcare and education, and in providing infrastructure services like roads, water, electricity and so on. If the policy environment and regulation improve, the cost of capital in India can dramatically reduce.[3] That will open the floodgates of investments in India for sound projects.

Our business organisations will have to jettison their hierarchical structures and decision-making processes and encourage an open culture of questioning and constructive dissent. The Indian consumer is becoming increasingly aware of the availability of high quality of goods and services in other countries and her expectations of Indian companies is similar. Under the WTO[4] regime, our import duty rates have to be reduced, which will make imports cheaper. If Indian organisations do not innovate, consumers will vote with their wallets in favour of imported goods and technology.

One point that India has in its favour is that an increasing proportion of its young qualified professionals want to be entrepreneurs, because of which we have a large number of start-ups. However, most of our entrepreneurs have not yet fully understood what it means to be innovative. Many of our start-ups are chasing somewhat loosely-defined business opportunities without building any strong competitive edge, such as a patented technology or differentiated business model. Indian academic institutions of science and technology need to get their acts together in moving their not inconsiderable technical knowledge from laboratories to the marketplace. They need to actively collaborate with the start-up community and also start an active dialogue with the Government and industry on this. Other factors that the Indian innovation ecosystem needs to develop include inculcating a strong sense of national pride amongst professionals to create an innovative society, establish an orchestrated process for registering intellectual property rights that incentivises and rewards discoverers, and most importantly, sow the seeds of a culture in society for appreciating genuine failures and learning from them (as opposed to attaching a stigma to failure).

n conclusion, we need to appreciate that innovation is not a linear process, despite all the careful planning and preparation that may go into seeding it. This is because the spark for creativity and the nudge to make changes can come from one or more quarters – E.g. it could be a scientific discovery in a laboratory; or the idea may come from a customer feedback; or it may come from an application of a theoretic idea; or it may come from an opportunity created in the market due to regulation. In many cases, innovation could come from a combination of more than one of the above driving forces. Innovation tends to be an iterative, messy, and apparently zig-zig process of value discovery in an organisation and society.

[1] “Jugaad” is a Hindi word meaning a combination of a quick fix, ingenious improvisation that helps in overcoming a problem or barrier, usually at a low cost as well.

[3] In a recent solar power generation project in Madhya Pradesh, the state government structured the project on par with best international practices, which resulted in the lowest tariffs ever discovered, and most importantly, investors reducing their expected financial returns by 300 basis points (as risks had reduced).